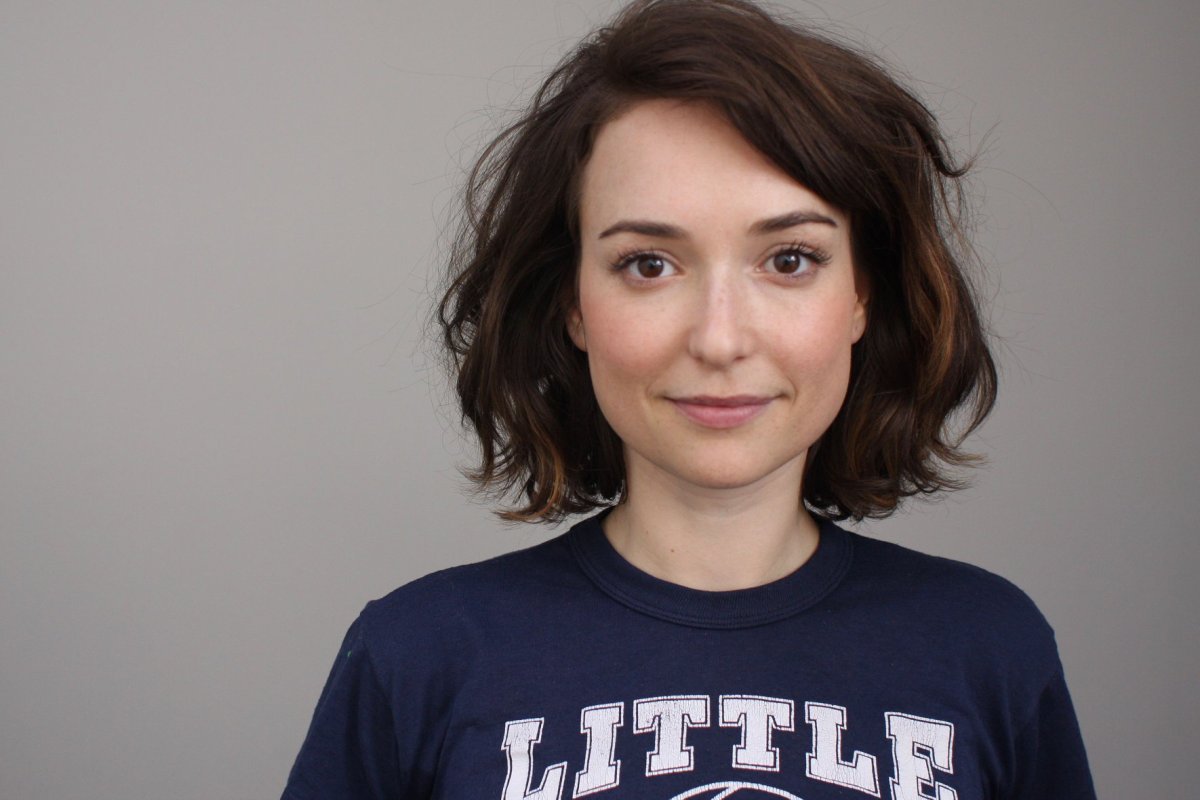 Milana Vayntrub is an Uzbekistan-born American actress. Born on March 8, 1987, she embarked on a modeling career at age 5 and appeared in commercials for Mattel’s Barbie. This led her to start acting on television as well, debuting in 3 episodes of ER. Her early beginnings in the entertainment industry was partly attributed to her family’s financial struggles.

A Jewish, she was only two years old when she and her parents arrived in the U.S. as immigrants to escape antisemitism. They settled in West Hollywood and during her teens, attended Beverly Hills High School. Around this period, she had brief roles on such television shows as Lizzie McGuire and The Division.

She dropped out of high school after her sophomore year and got a GED instead. Continuing her education, she attended the University of California, San Diego where she had finished her communication degree.

As she had always aspired to become an artist, Milana trained in improv comedy with the Upright Citizens Brigade. In the 2010s, she landed more acting roles in Hollywood. She made her cinematic debut in the 2011 film Life Happens, followed by mostly one-episode roles on the small screen.

Milana gained attention for playing saleswoman Lily Adams in an AT&T television commercial. Initially a one-time gig, she has since reprised the role in a series of more AT&T ads between 2013 and 2016, and then again recently in 2020.

Apart from these commercials, her career took off when she landed starring roles on some shows. In 2015, she starred as Tina Shukshin on the web series Other Space. She went on to appear as herself in several episodes of the late-night show @midnight.

Perhaps another notable role was her portrayal of Sloane Sandburg on the popular drama series This Is Us. She was the lead star on the television pilot, New Warriors, created for Freeform, however, it never aired and was eventually cancelled.

Milana Vayntrub has a toned yet voluptuous figure. Her body measurements are 35-26-35 inches with a cup size of 32C. She stands at 5’3 or 160 centimeters and weighs 123 pounds or 56 kilograms. Her eye color is light brown. Her beauty, her sassiness, and her confidence on the screen may be some of her appealing attributes, but having a curvaceous physique is a real nice bonus.

While that’s definitely something that fosters greater self-esteem, her attractiveness has instead made her a victim of online sexual harassment. Just last year, photos of Milana were manipulated to become memes, in which they were flooded with objectifying comments and with commenters poking fun specifically at her breasts.

She took her disappointment to Instagram where she told her followers how hurt she was with the obscenities directed towards her. AT&T, the company that brought her to the spotlight, defended her and stood by her throughout the ordeal.

What Is Milana Vayntrub’s Net Worth?

Combining her earnings from her gigs on TV commercials and music videos, as well as guest, recurring, and starring performances on television, Milana has already accumulated a net worth of $3 million. The actress also does what she can to help. She used her resources to co-create a website called Can’t Do Nothing to help spread awareness on the refugee crisis.

Milana Vayntrub is a talented actress and a star in her own right. With her knack for performing, fans and audiences alike look forward to seeing more of her artistic talents in the not-so-distant future. Maybe in a major Hollywood film? She’s definitely at that level!